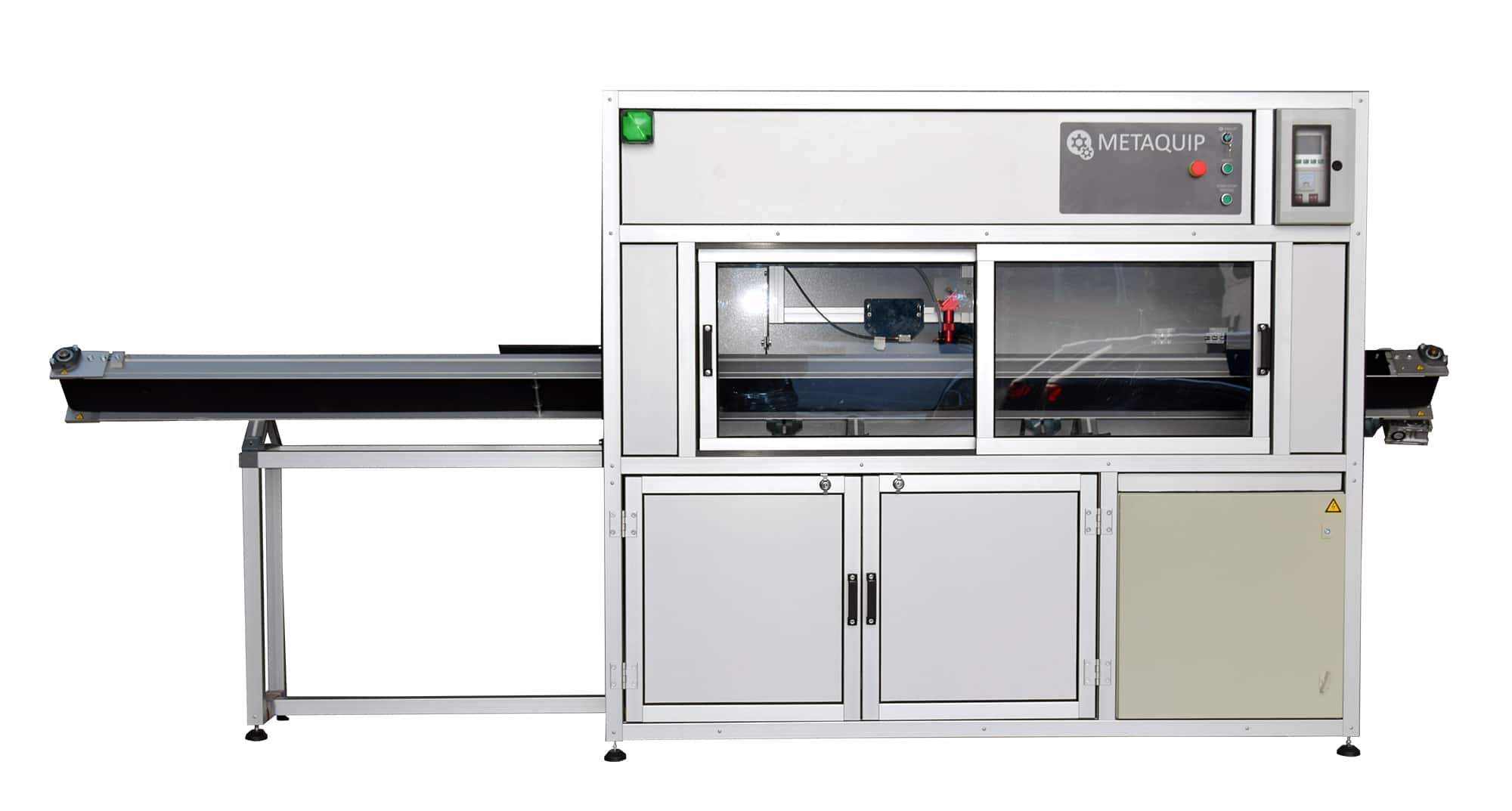 Gandae HandlingAtelier, from Ghent in Belgium, has developed extensive expertise in the dragging and unloading of bottles and flasks. The unloading of beer bottles was still done manually with insufficient capacity for larger volumes. Gandae's question to MetaQuip was whether they could develop a laser machine in which the beer bottle with a sleeve was inlaid on the one hand and the bottle with a cut-off sleeve on the other hand, so that the sleeve could be easily removed. The advantage of removing shrink film with laser is that every bottle is cut loose and no knives become blunt. 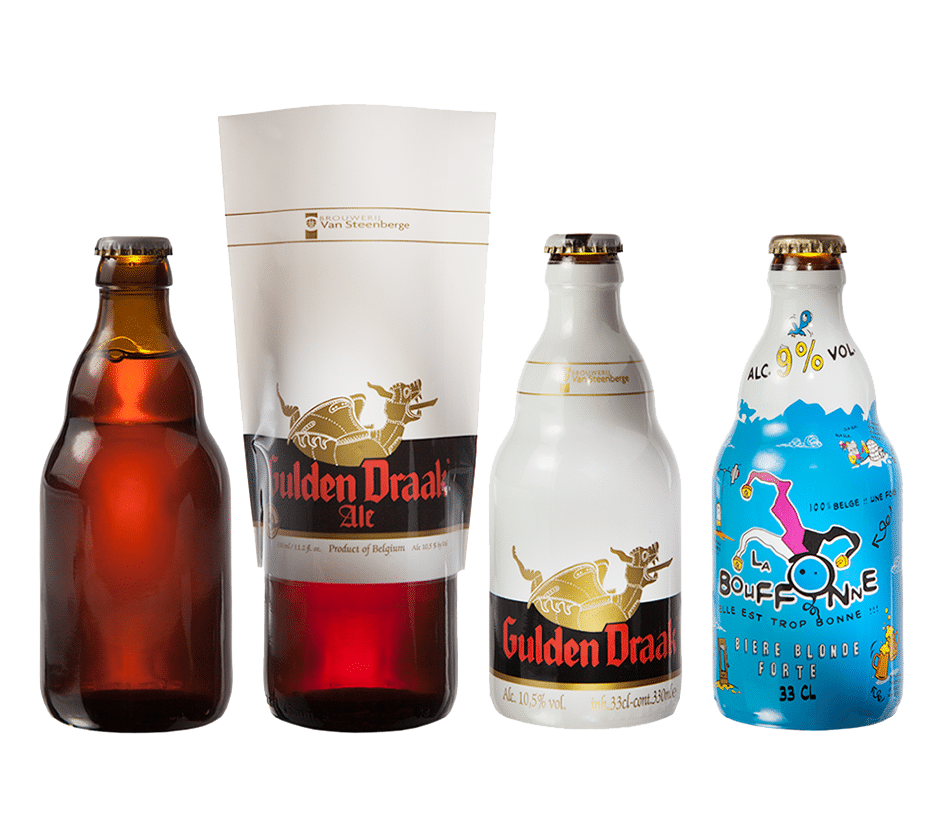 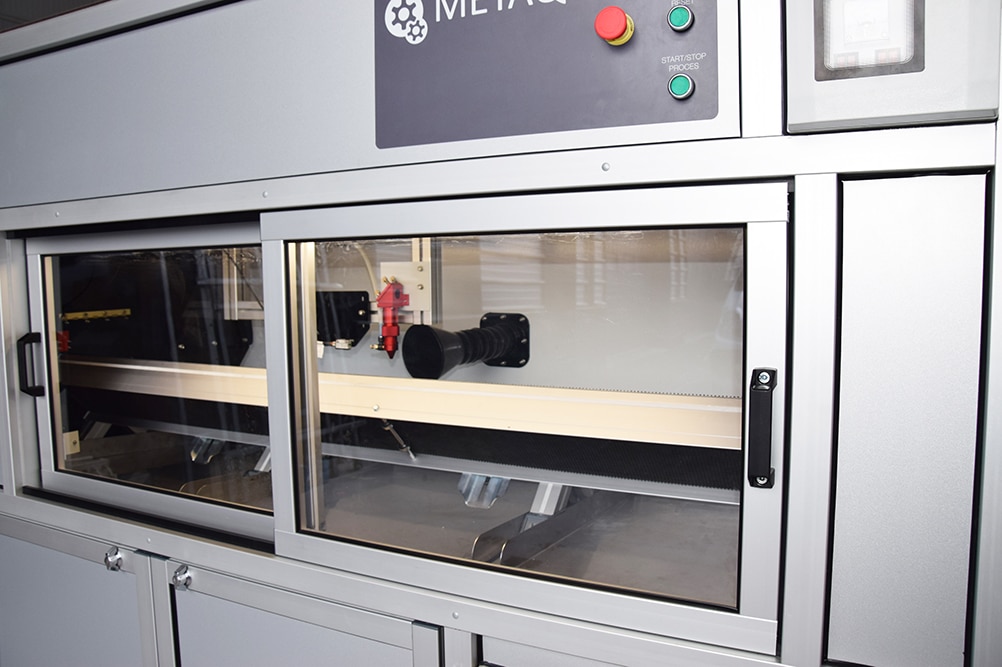 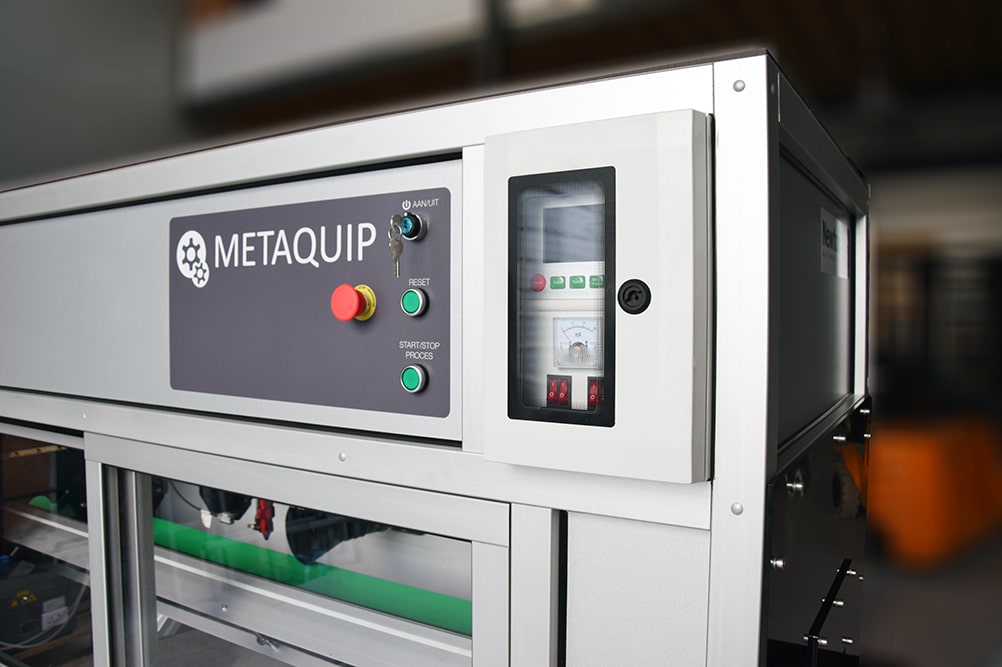 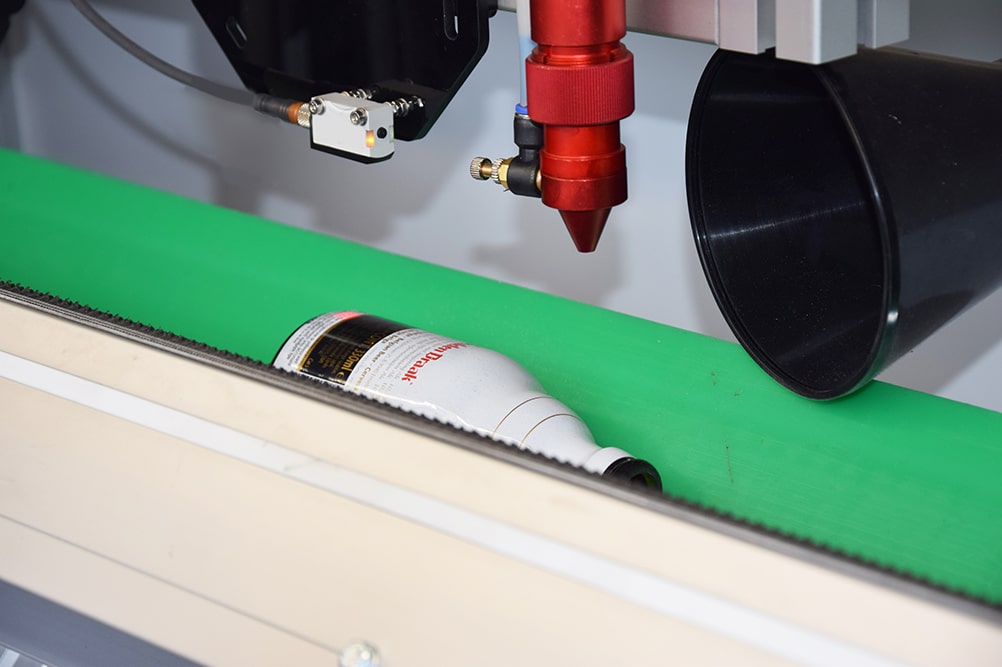 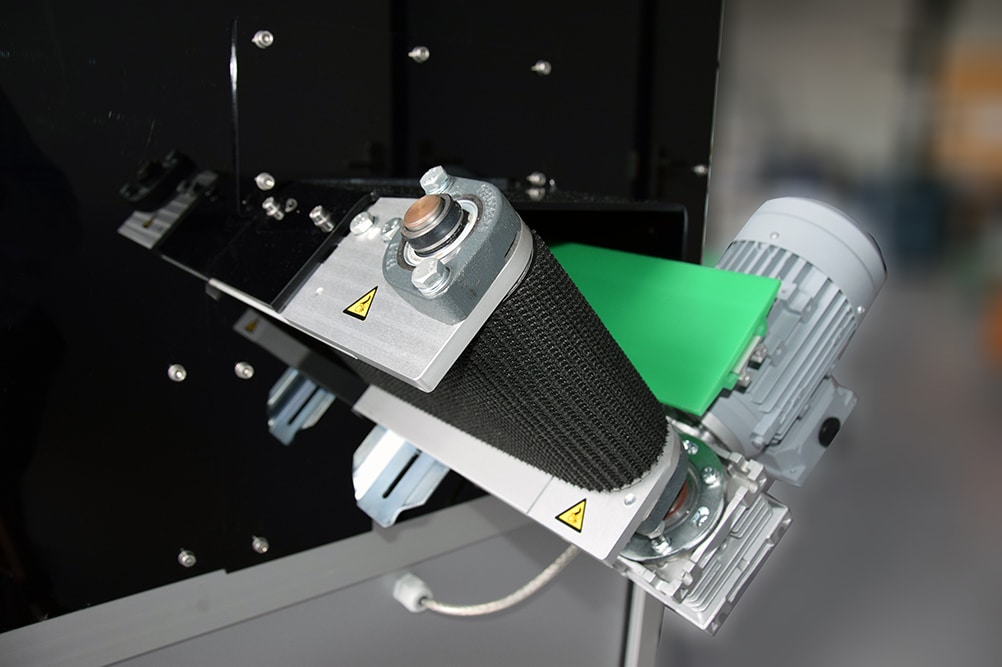 MetaQuip first investigated whether it is possible to use laser technology to consistently cut the sleeve over the entire length, even when the diameter of the bottle varies. After a number of tests, we concluded with Gandae that this was possible.

Then, after the necessary funding was available, a first machine concept was developed. MetaQuip then fully developed the machine, including laser safety and CE certification. For the mechatronic system, we worked with two partners: Newton and 1K3.

This machine is used in an environment where people with disabilities work. That is why MetaQuip has looked extensively at the potential risks of the machine with a focus on the mechanical components and the laser components. The existing safety systems ensure that the machine switches off immediately if an error is detected.

At this moment the machine is at Gandae. The first tests are carried out and the machine is integrated into the production line. The entire machine concept is well defined and can easily be replicated if the capacity has to be increased.

GHENT / ERTVELDE - Gandae and Van Steenberge brewery have been working together for 20 years. In order to accommodate the growth of the brewery in Ertvelde, however, there was a need for automation.